Cheltenham Golf Club was formed, and the first course set out on lower slopes of Cleeve Common in 1891. In 1902 they were joined on the course by the Cheltenham Town Golf Club later to be renamed Cotswold Hills. 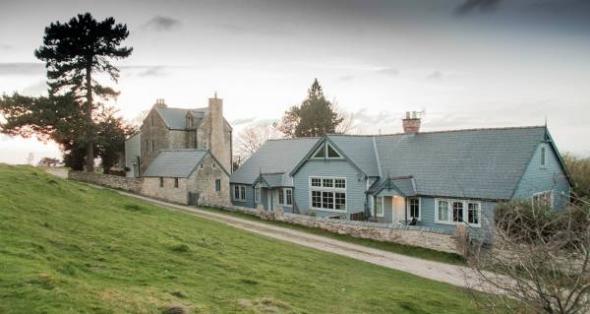 The story of Cotswold Hills Golf Club is complex and fascinating. It is inextricably intertwined with the now defunct Cheltenham Golf Club. There are many links with the history of Cheltenham itself, with the development of golf in Gloucestershire, and with the changes in the whole character of golf and the people who play it.

The near-aristocracy, ex-Indian Army officers and clergymen would have featured strongly in the gathering of eighty-four men who met to form the elite Cheltenham Golf Club in March 1891. Initially the Cheltenham Club rented rooms at Rock House (the stone building on the left in the photo above) and in 1895 a new clubhouse was built adjoining Rock House, with an timber extension added in 1904.Sir James Tynte Agg-Gardner (MP for Cheltenham for forty-three years) was one of the founder members and served on its first committee. He presented a cup which Cotswold Hills men compete for today, and he eventually (from 1921-1928) became the first President of Cotswold Hills.

One of the Cheltenham Club’s members was Charles Turnbull (Turnbull Cup), who was Captain of the Club in 1894 and again in 1901. He lived next door to the Clubhouse on Cleeve Hill (the house is still there) and our men now compete for the cup he presented in 1892. The Lady Margaret Bowl is another cup from those days, which our ladies play for, and this was presented by Lady Margaret Scott when she was Ladies’ President of the Cheltenham Club in 1905. She won the first three Ladies’ British Amateur Championships (1893, 1894 & 1895).

Lady Margaret was daughter of the Earl of Eldon (Eldon Trophy), who lived nearby at Stowell Park. He had built a 9-hole course at Stowell Park for the use of Lady Margaret and her four brothers, all of whom became international amateur golfers. Lord Eldon was the first President of the Cheltenham Golf Club (1891 to 1926) and in 1882 he presented a cup which was won outright by Hylton Jessop in 1911. He then presented a further cup in 1912 and this is the one which Cotswold Hills men compete for today. The Cheltenham Gold Medal is another trophy which was presented by Lord Eldon. It is for a Medal competition (best gross score) off our back (blue) tees, and Hylton’s son, Charles, won this at Cleeve Hill at both the Spring and Autumn Meetings in 1935. He won it again the first time the cup was played for at Cotswold Hills in 1955.

There have been many changes to the course at Cleeve Hill over the years, but it has been written that the original course was “laid out by Tom Morris of St Andrews”, and recent evidence obtained from his great-great-grandson would appear to substantiate this claim. Many of the old tees and greens are still visible, particularly the original 1st hole, near Rock House. Probably the construction work was supervised by David Brown, the Professional at Malvern (and possibly part-time Professional at Cotswolds Hills as well). David Brown had won The Open on his home course of Musselburgh in 1886 and, incidentally, he was the man who taught Queen Victoria to play golf. Webster Evans (author of Encyclopaedia of Golf) commenting on the course, wrote, “The type of ground you play over on Cleeve Hill is the nearest thing I have ever seen to true links - which, of course, are never to be found anywhere except at the seaside... and, still reminding you of the sea, is the ever-present wind.”

The 1890s saw a rapid increase in the number of golf clubs. In the year before the Cheltenham club was founded there were only two golf clubs in Gloucestershire; a decade later there were fourteen; this number doubled again in the following ten years. Minchinhampton was the first club in Gloucestershire, founded in 1889, with Stinchcombe Hill following in October of that year. Around this time there was also a 9-hole course at Stow-on-the-Wold, named Cotswold.

Many professionals have played at Cleeve Hill over the years, the first exhibition match being in 1902 between Harry Vardon and James Braid (who won The Open five times in ten years). Another exhibition match took place in 1905 and featured ‘The Great Triumvirate’ – J. H. Taylor, James Braid and Harry Vardon – plus Sandy Herd who had won The Open in 1902. Abe Mitchell and George Duncan also played on Cleeve Hill in 1924. Abe Mitchell was Samuel Ryder’s private tutor and was the model for the figure on the lid of the Ryder Cup. 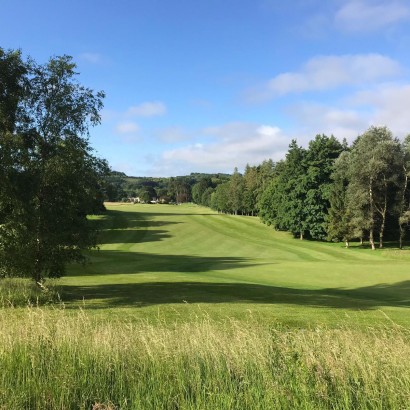 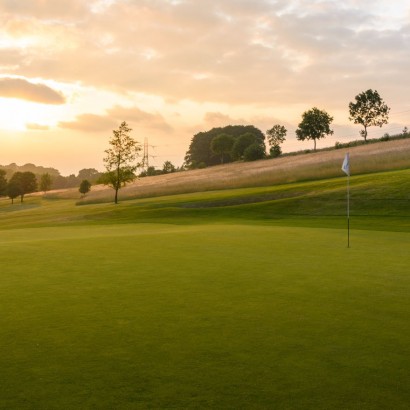 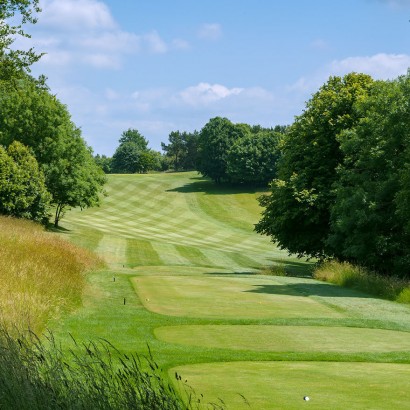 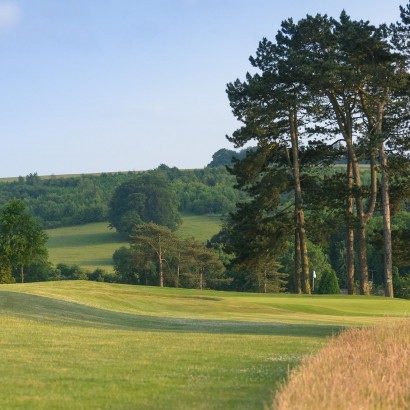 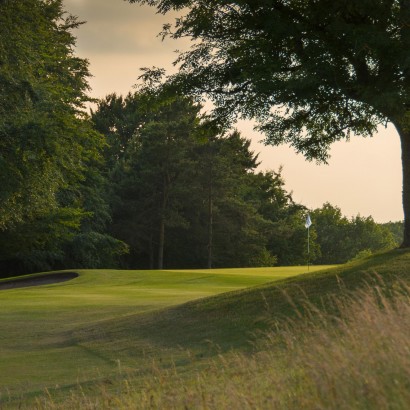